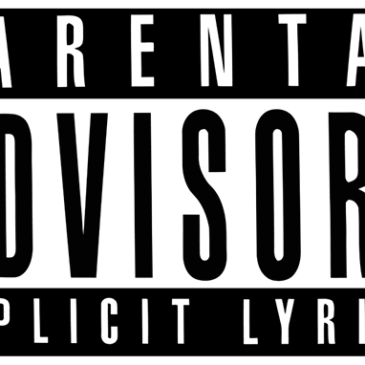 I still remember the taboo breaking promise of stickers on CDs at Woolworths which said ‘Parental Advisory – Explicit Lyrics’. These days the tag on Spotify songs simply says ‘Explicit’ which a small part of my mind responds to as: ‘it’s nice they are being clear about what they have to say’ – and, in a way, they are being really clear…

What do we assume is obvious?

This idea of being explicit keeps reappearing at work. Not in the sweary way but in being clear, questioning what remains implicit and the confusion this can cause for students. I was encouraged to start thinking about this by a casual comment in Emily Nordmann’s work on supporting Lecture Capture. She has published some helpful research which highlights the need to explain to students (and staff) that recorded lectures should be used as supplemental to attending ‘live’. Accompanying the research are guides for students explaining how best to incorporate the use of recorded lectures into their independent learning strategies.

The point being, that unless these strategies are explicitly stated, students are likely to make assumptions about the reasons why the recordings exist and how they might be used (usually based on not being able to attend lectures rather than on more positive, long-term, learning strategies). When highlighting the need to be explicit about the use of recordings Nordmann asked if we ever explain to students what the value of attending lectures face-to-face is – or do we simply assume it’s obvious?

This facinanted me because I suspect we say it’s important to attend, but might not explain why it’s important to attend in terms of learning strategies. I work at a university where there are no marks awarded for attendance (or, let’s be honest, no marks removed for not attending) so if it’s not clear what the value of attending is in terms of learning, why would you? Information is now abundant and if there is a recording, what’s the point of being there ‘live’?

Is our model of ‘university’ relevant?

What’s significant is that elements of the process/practice of education which remain implicit point to aspects of the institution which we are culturally normalised to. We might not explain what the learning-value of lectures are because lectures are a constituent part of what we tacitly hold to be ‘university’. Unfortunately, this tacit understanding tends to be held by staff who hold a model of the institution which may have been constructed before information and recording were as abundant. In contrast, students, especially incoming students, might have more of a pop culture model of the institution based on media portrayals of ‘university’. So, students could begin term attending lectures because ‘that’s what you do at university’ but then fall away because they can’t identify the value of attending in terms of learning. The cultural impulse to attend only lasts for so long before getting on the bus seems like a lot of effort when you can YouTube-Wikipedia-VLE-ask-your-friends-on-Facebook your way through.

This then creates a dangerous spiral in which the introduction of new technology such as Lecture Capture is seen as a threat to a model of ‘university’ which is held impicitly and is more cultural than it is educational. Perhaps students who are more focused on learning than ‘doing university’ as a broad, cultural rite-of-passage find this bemusing. Our response should be to be more explicit. If we can’t, or don’t, explicitly describe to students what the learning value of a particular mode of teaching is then students are likely to disengage.

Are we anxious about tech or protective of our model of university?

The disconnect in expectations can lead to claims that students don’t understand how to study or aren’t willing to put the effort in when they might have developed extremely effective independent learning strategies which simply don’t intersect with the tacit model of ‘doing university’ the institution operates on.

I’m not denigrating the learning-value of lectures as a mode of teaching here and we all know that quality and approach varies. I’m using lectures as an example of a practice central to our idea of what a university is and is therefore in danger of not being explained. Other examples could include: using the library, group work, the value of non tactical learning (not learning to the test), the value of ‘research’ beyond Wikipedia and YouTube etc. We need to be explicit about the value of all of these and more.

It’s interesting that the learning-value of new Digital Learning approaches is always closely scrutinized because it has not yet been mapped into our (staff) notion of ‘university’. While, on the other hand, the anxiety about new approaches tends to be based more on how they might damage relatively un-critiqued notions of ‘university’ rather than on what the value might be to students.

Students’ not comprehending the value of engaging in certain ways is more likely to be a failure in our teaching than their willingness to learn (especially if we create a culture in which success becomes exclusively about marks and credentialization). The question we have to ask is if what we provide as ‘university’ goes beyond the value of what our students can engage with outside of our formal offer.